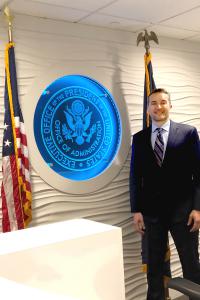 While House Doctor For 20 Years

I am very honored to be treating our veterans and am excited about the results I have seen, we not only see a significant difference through the data, but a mental as well as a physical difference.”
— Dr. Antoine Chevalier

Facts about PTSD Operations Iraqi Freedom (OIF) and Enduring Freedom (OEF): About 11-20 out of every 100 Veterans (or between 11-20%) who served in OIF or OEF have PTSD in a given year. Gulf War (Desert Storm): About 12 out of every 100 Gulf War Veterans (or 12%) have PTSD in a given year. Vietnam War: About 15 out of every 100 Vietnam Veterans (or 15%) were diagnosed with PTSD at the time of the most recent study in the late 1980s, the National Vietnam Veterans Readjustment Study (NVVRS). It is estimated that about 30 out of every 100 (or 30%) of Vietnam Veterans have had PTSD in their lifetime. According to recent statistics, 18 to 22 veterans die by suicide every day due to severe depression, chronic anxiety, sexual or other trauma, serious substance abuse and many other PTSD-related afflictions. Nonetheless, only 30 to 40% of veterans and military personnel diagnosed with severe mental or emotional distress seek professional help. Much of this has to do with the costliness of traditional therapy and the lack of access to military or civilian mental health providers. Over 540,000 Veterans Have Been Diagnosed With PTSD

Dr Chevalier has been a functional medicine practitioner at the White House since 2001. He has expanded his practice to include treatment of patients with Post-traumatic stress disorder, utilizing his new modality called “Neurological Integrative Therapy” which includes “Neurological Stimulation Therapy” using Dolphin Neurostim Devices. “Internal Integrative Therapy” which comprises of a form of cognitive therapy combined with an advanced form of Chi Gong healing modality.

According to Dr. Chevalier “ I am very honored to be treating our veterans and am excited about the results I have seen, we not only see a significant difference through the data, but a mental as well as a physical difference in the performance of the patient. There is no reason that anyone should have to suffer with PTSD”. the following is a video of an interview of Dr. Chevalier and a veteran who was treated for PTSD.
https://m.youtube.com/watch?v=1wxnQ0xf3Rw

COO Ridell Mackey states, “ We feel that it is extremely important to treat our veterans, who risked their lives for our freedom. There is an epidemic problem with the number of veterans who suffer with PTSD along with the shocking number of veterans who are committing suicide. The facts are that 22 veterans a day take their life, which is a higher number than lives lost in the battlefield. We are committed to changing that statistic.”

Dr. Chevalier is currently working with working through his foundation to treat the veterans as well as different veteran organizations and is currently organizing retreats where veterans receive treatment, work on their self esteem as well as learn skills to help them return to mainstream America and become positive and productive members of their communities.

Dr. Chevalier has been a featured speaker at many conferences as well as speaking at Harvard, Nasdaq, Mercedes Benz, Executive Office Building of the President of the United States of America.

Dr. Antoine Chevalier was nominated as Global Change Maker of the year by the Grandson of Gandhi. He is being endorsed and supported by his peers including but not limited to one of the top neurosurgical specialist in the world, Dr Atsuhisa Nakano MD, Ph.D who has performed more than 5000 brain surgeries at 100% success rate, including more than 300 extreme cases without any complications which include more than 32 hours of surgical time per case.

Dr. Chevalier has also received an endorsed from His Holiness the 14th Dalai Lama of Tibet, Tenzin Gyatso
https://m.youtube.com/watch?v=ytZNjs-FXaw,

He has also gained the support and endorsement of world famous Celebrities like Richard Dreyfuss
https://m.youtube.com/watch?v=paKd_NEOfzo

For more information about Dr. Antoine Chevalier and his work go to:
www.time2heal.com

the following is a video of an interview of Dr. Chevalier and a veteran who was treated for PTSD.