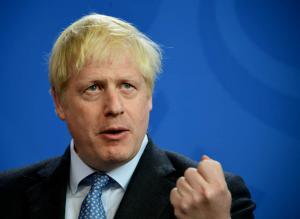 Let’s Get To Work

In truth, the incoming Conservative Government has to act and act now.

COVENTRY, UNITED KINGDOM, December 13, 2019 /EINPresswire.com/ — With the dust settling on a momentous night for Boris Johnson’s Conservatives, it almost seems inappropriate to start asking the newly-returned Prime Minister for concrete details of his plans.

News media have gone big on his gilded promise to ‘repay the trust of voters’, but this sounds very much like the speech he gave back in July.

With the time available for self-congratulatory preening fast evaporating, the public wants to hear more than platitudes. After all, the country faces a number of challenges that will take talent, dedication and considerable diplomatic skill to negotiate. And then there’s the certain knowledge that the ‘seismic’ shift from Labour to Conservative in historically ‘red’ areas is more of a Brexit-related tremor. Voters there may have had to break the habit of a lifetime to vote Tory, but that will not make them willing stooges of ungrateful policymakers.

In truth, the incoming Conservative Government has to act and act now. Get this Brexit mess sorted and start focusing on rewarding hard-working British workers for their role in keeping the country going. It will not be easy. Only this week the owner of Supercuts and Regis hairdressing chains, Regis UK, were bought out of administration. A noble act, and one that has saved 1,000 jobs. But it will still see the closure of about 60 sites and the loss of 200 jobs.

Elsewhere, workers at the Port of Felixstowe have voted to strike after the company opted to transfer some engineering jobs to another company. With the local economy heavily reliant on the port, workers there fear that this move will ultimately lead to job cuts.

All this is happening against a backdrop of strikes on South Western Railways, unrest in the university sector and the well-documented struggles of the high street. And that’s before we even mention the NHS or the continuing fight for gig-workers to be recognised in the same way as full-time employees.

So, what to do? The Workers Union says that the fastest way to heal the divisions in this country is to deliver for working people. That means ensuring that there’s no back-sliding on commitments to uphold (or improve!) on workers rights once we exit the EU. It means investing in infrastructure, tech jobs and communities to give young people something to aspire to. It means local economic stimulus packages that unleash the entrepreneurial spirit of British business. It means looking at ways that high streets – the heart and soul of our towns and cities – can remain competitive. It means making education more affordable, so workers aren’t shut out of upskilling and can take advantage of the opportunities afforded to them by the third industrial revolution. It means encouraging regular dialogue between unions and employers and taxing big multinationals fairly.

If that sounds like a tall order then it probably is, but any hope Mr Johnson has of leading a ‘people’s government’ will be judged against how much he delivers for working people. And if he doesn’t WE will be waiting to hold him to account.

Have you been the victim of unfair dismissal? Have you been bullied at work? Have your employers tried to impose new terms and conditions on you without your consent? Then join The Workers Union. We are Britain’s fastest-growing, hardest-working union. We WILL fight for your rights, no matter who you are or where you work.