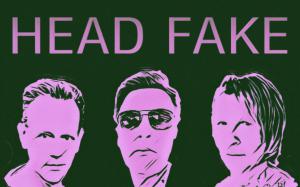 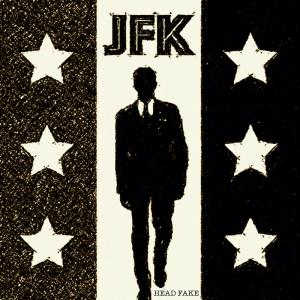 The clip stands a bold reminder of the lesson that Kennedy once taught the nation: youth is no impediment to leadership.

It’s nearly been sixty years since the Kennedy assassination. Most of the pop audience has no firsthand knowledge of JFK, or RFK, or the American Camelot of the early 1960s. Nevertheless, the shadow of the 35th President of the United States still hangs heavy over the nation he led. For millions, JFK symbolizes America at its most aspirational – optimistic, forward-looking, energetic, promising, united.

Youthful, too: at the time of his inauguration, Kennedy was only 43 years old. Head Fake’s provocative clip for “JFK,” their new single, contains plenty of footage of its subject in action, and the most astonishing thing about it is how vigorous the President looks. The Kennedy style and Kennedy charisma still compel students of American history and American popular culture – and the members of Head Fake demand some of that swagger. Marilyn Monroe, too, is long gone, but perhaps there’s a woman who embodies her spirit. Perhaps she might be swept away by a man who can channel the fabled Camelot charm.

Head Fake has set this fantasy to music that sizzles and crackles – music that feels like a summoning. The band members are semi-anonymous, but nothing about their playing is indistinct or generic: instead, the group makes records that ooze personality, sophistication, and pure attitude. “JFK” leads with its witty lyric, teasing wah-wah guitar provided courtesy of Lawrence "grass" Pendergast, its dynamic bass groove, and a snare drum that slams like a Senator’s gavel. Those who only know Head Fake from the experimental country track “I’m Found” might be surprised by how hard this track rocks. It’s a testament to the versatility of these longtime industry veterans, and maybe their sense of fun, too. Would John F. Kennedy have appreciated the song? If he was really the suave playboy that his legend suggests he was, there’s not much doubt about that.

John F. Kennedy was the first true President of the television age, and few leaders have since filled the small screen so effortlessly. Director Keira O’Keefe presents JFK as a magnetic presence, an effortless leader, and an absolute lady-killer. America, it seems, was not always led by older men in their eighth decade. The clip stands a bold reminder of the lesson that Kennedy once taught the nation: youth is no impediment to leadership. A new generation can take the reins if its members are willing to cultivate the confidence to grab them.