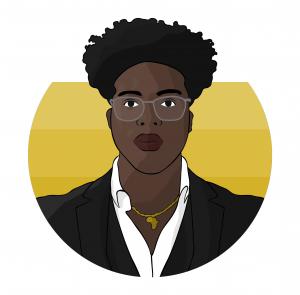 Born in Burkina Faso and raised in the USA, Josias aims to make a mark as a piano composer while staying true to his studies

COLUMBUS, OHIO , US , July 13, 2020 /EINPresswire.com/ — When playing a piece on the piano Josias feels passionate, engaged and involved in the music. Apart from having a profound understanding of music, he also has a strong desire to pass on the music to others through his compositions, sharing with the world the many emotions that are inside of classical and contemporary music.

Born in Ouagadougou, Burkina Faso and raised in the USA, Josias is an 18-year-old composer and pianist attending Vanderbilt University. He has been playing the piano since the age of 5, and began to publish music in 2019.

Josias is not your typical musician, apart from his passion for performing and composing pieces he also has a passion for computer engineering and mathematics, pursuing a double major in both subjects at Vanderbilt University. The University is well-known for its courses in engineering and music thus choosing it was a no brainer for Josias. His interests include Artificial Intelligence, Fintech, Robotics, Brain Computer Interfaces, Biotech, and Engineering Solutions in the context of African Development. His impressive resume also boasts skills in computer programming such as C++, Java and Python.

Josias is musically trained and his real passion lies in music, however he wants to be loyal to himself and the quality of the music he creates, that is why he continues to pursue his studies in mathematics and computer engineering. He feels he wants to have full ownership over his work and be loyal to what he wants to do – making the kind of music he likes and not selling out to a more mainstream type of music that might happen to be more popular.

That being said, music and mathematics are not that far apart from each other conceptually. Music uses precise tempos and timing as well as keys and chords to make up the structure of each piece of music, this technical aspect of music is undoubtedly a mathematical structure. Making perhaps the transition to math an obvious one as they share similar traits and skills.

One of his major influences is that of Chopin who with his unsurpassed technical skill of piano playing inspired Josias in his first steps and instilled in him a deep appreciation for classical music. A more contemporary influence of Josias’ music is that of South Korean pianist and composer, Yurima, whose style and aesthetic has affected his own piano playing and composition.

Playing the piano is also a real conversation not just between the artist and his audience but also a more internalized dialogue. Balancing and controlling the pianists instincts and intelligence – mastering the unbridled instinct to improvise and tapping into the intelligence needed to compose a piece. To play the piano is not just a physical and technical feat it is also the capacity to express emotions beyond the ability of words.

Josias also wants to stay true to his African roots and is interested in entrepreneurship, especially in the context of the economic development of the African continent. The capital of Burkina Faso, Ouagadougou, which is where Josias was born, apart from being a financially challenged region of West Africa with many living below the poverty level it is also a country rich in natural resources such as gold and one of the largest producers of cotton in Africa.

Ouagadougou also has a rich traditional artistic heritage and a large artist community, hosting biennially one of the most important Art and Craft fairs in West Africa. Josias believes that one day he will be part of an initiative to rebuild the economy in the African continent by offering more opportunities and artistic outlets for its people.

Josias has thoroughly taken advantage of the democratizing capacity that technology has over music these days- making it available to all. By using platforms such as Spotify and Youtube to promote his work he has managed not only to express himself artistically but also to gain a noteworthy following. Though progress was slow at first, after landing on several Spotify playlists, Josias now boasts hundreds of thousands of plays on his recent single “Autumn Breeze.” With thousands of monthly listeners all over the US and Europe on his Spotify channel, you can find many of his covers on popular piano pieces as well as his original singles.

Josias is currently working on his new album “Winds of the Sahel” set to release in late 2020. You can stay tuned for his new release by following him on Spotify and accessing his full resume on his website.