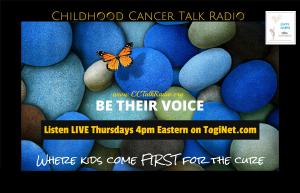 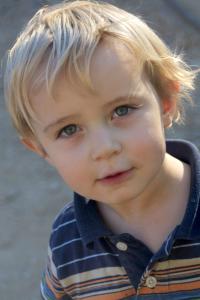 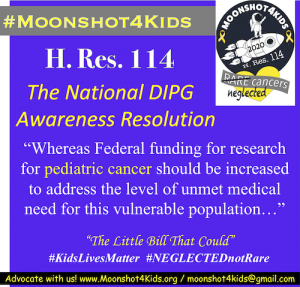 One of several tenets of the DIPG Awareness Resolution

TogiNet has helped provide a platform for the voiceless; the impact in the national childhood cancer community over the last five years has been substantial.

“I want to honor TogiNet’s role in the movement for greater awareness for the hidden… story of childhood cancer of failure and death, because these kids need help NOW. Not tomorrow, not next year…”
— Janet Demeter, Host, Childhood Cancer Talk Radio

TYLER, TX, USA, September 19, 2020 /EINPresswire.com/ — Now in its fifth year on the air, Childhood Cancer Talk Radio brings an international voice to childhood cancer and has elevated the national profile of childhood brain cancer, the lesser-known deadliest and most prevalent form of childhood cancer. Host Janet Demeter, president of Jack’s Angels Inc in Agua Dulce, CA, is also a co-founder of DIPG Advocacy Group, also international but with a focus on supporting #Moonshot4Kids, the National DIPG Awareness Resolution (H. Res. 114) in US Congress. Coincidentally, this Resolution was first introduced on Jan. 13, 2016, one day before the debut of the show and one day after the Cancer Moonshot Initiative was announced by Vice President Biden, Jan. 12, 2016.

Janet’s three-year-old son Jack was diagnosed with DIPG, diffuse intrinsic pontine glioma, a terminal brain cancer, in October of 2012 and succumbed to the disease 9 months later, the median survival time with treatment for DIPG. “I had never heard of it. It was a death sentence; no way out. It changed my life forever.” She came to learn that brain cancer is the leading cause of disease-related death in children, and that DIPG was responsible for the majority of deaths in children due to brain tumors.

“My call to advocacy was being told that there were no solutions for my son because his life didn’t matter to the research investment culture in place. TogiNet has helped provide a platform for the voiceless to be heard. I cannot tell you how much impact this has had in our national community over the last five years. Just the awareness generated by the “Little Bill that Could”, the National DIPG Awareness Resolution, has had a profound effect in the research space and the government’s perspective on the importance of parent voices. Still, 95% of the research funding for pediatric brain cancer is shouldered by parents and parent-led foundations. We need more help. Our kids keep dying.”

The show airs weekly at 3pm CT on TogiNet.com, and as with most of TogiNet’s shows, it is enjoyed mainly by podcast download. The interviews are generally of three categories, with a focus on the real-time perspective of families of children affected by cancer or deadly disease, research and research professionals, and the world of advocacy. Each show generally contains a “half-time advocacy report”, echoing the works of the Children’s Cancer Cause and Kids v Cancer, Washington DC’s foremost advocacy organizations supporting state and federal policy for childhood cancer.

September is Childhood Cancer Awareness Month. “I want to honor TogiNet’s role in the movement for greater awareness for DIPG and pediatric brain cancer, the hidden, untold story of childhood cancer of failure and death, because these kids need help NOW. Not tomorrow, not next year; House Resolution 114 has 162 members of Congress signed on. It suggests federal funding should be increased for pediatric cancers, and that children and the dying should be given greater consideration. We’re trying to get House Leadership to give it a simple nod to allow a vote. Just 10 minutes on the floor. You wouldn’t believe the resistance. Still.”

DIPG Advocacy Group hosts the virtual #Moonshot4Kids “Rally for Our Children” Friday, Sept. 25th beginning at 8:30pm streaming live on Childhood Cancer Talk Radio’s facebook page, youtube, and at dipgadvocacy.org, celebrating the triumphs of advocacy today, and to support Childhood Cancer legislation and the DIPG Awareness Resolution. For more information, visit the events page the above website, and visit TogiNet.com for a wide range of uplifting podcasts and distinctive hosts.