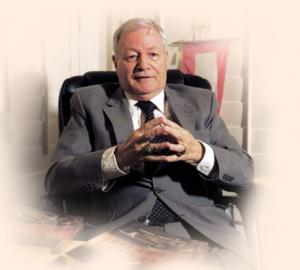 NORTH HAMPTON, NH, USA, September 19, 2020 /EINPresswire.com/ — “In the Eye of An Eagle” by John Henry Hardy has been released worldwide. This 248-page novel presents a fictionalized version of the current American political reality, and looks toward the potentially devastating consequences of a 2020 presidential victory by the left. Rooted in real world events, this story serves as a warning for the future, and a call to action for those who oppose the ideals of the political left.

In the Eye of An Eagle (ISBN: 9781735698304) can be purchased through retailers worldwide, including barnesandnoble.com and Amazon. The paperback retails for $14.99. Wholesale orders are available through Ingram.

From the back cover:

So you think another civil war can’t happen in the good old USA, Mr. John Q. Public? Civil war results when you don’t accept the results of a national election, and the left has refused to accept the outcome of the 2016 Presidential election!

As a result, chaos now reigns all across the country! The left urged their supporters to kick their political opponents when they are down, confront them in public, get in their faces, run them out of restaurants, terrorize their families, and harass them on the street. Sections of cities are being burned by mobs, stores are being looted, and murder and other crimes against individual citizens are rampant in the sanctuary states as a result of defunding the municipal police departments.

This tale you are about to read depicts what could happen to an average American family and to our country, if the left wins the 2020 presidential election.

John Henry Hardy was born in Princeton, New Jersey, and served more than thirty three years in the US Marine Corps. At the end of his first stint, he attended Rutgers University and was awarded a bachelor’s degree there, and later a master’s degree in Business Management at the University of Phoenix. As a Public Affairs Officer for the Marine Corps, he wrote numerous newspaper and magazine articles that were published throughout the United States. One of his published articles earned him the George Washington Honor Medal by Freedoms Foundation at Valley Forge, and for another press release he was awarded the Freedoms Foundation Honor Certificate.

John is the author of several novels including; Whisper In My Ear – a romance/historical story of the Vietnam War; The Place Where The Giant Fell – a romance/historical novel about prejudice in pre-statehood Arizona; When Brothers Meet – a romance/historical premonition of what could happen to the United States and the rest of the globe if China continues its quest of controlling the world’s oil supply; The Day God Played Baseball – a fictional account of a small town bully who wants to dominate the county’s Little League Baseball title, even if he has to cheat to do so; The Legend Of The Phantom Effect – a tale of an advanced civilization whose sun is dying and they secretly seek refuge on planet Earth. But their arrival is viewed as with suspicion and intrigue as the world prepares for Armageddon and self-destruction by the super powers. Mr. Hardy also taught college for several years and now lives in Mesa, Arizona, and is continuing to enjoy his writing career.

MindStir Media LLC is an award-winning book publisher. To learn more about publishing a book with MindStir Media, visit http://mindstirmedia.com or call 800-767-0531.