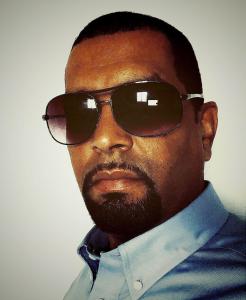 LOS ANGELES, CALIFORNIA , UNITED STATES , September 25, 2020 /EINPresswire.com/ — Mark Pain Wilson is a veteran in the music business who has been giving advice to new comers in the music business that anticipate being successful and growing at what they love to do. Being in the music business takes strategy but most of all it takes a person to know themselves before they attack the music business. Mark explains that the music business or entertainment is not cut out for everyone. Entertaining people take a certain Je ne sais quoi ( something attractive ) that makes the audience interested in what the artists are doing. The music business is tough and it takes a tough individual to get through it. There will be times when you feel like you just want to give up and not want to go any further, but that is the time to say to yourself " you know what, if I am made to be in this business then I have to understand what comes with it" Mark has been coaching and advising individuals that want to be acknowledged in the business some fail and some have followed his guidance seeing themselves successful at their strategy plan.

When Mark entered the music industry the way artists were perceived was different. Those were the times when you had to literally go out publicly and expose yourself to some of the harshest critics. Making music and becoming that person of choice meant that there were many things that came with it regarding brutal discipline and looking the part of an artist. The internet and social media were not around to many of us who did not get an extra boost like today's times. There were no cell phones and you could not check on your status by just a red notification that came to your phone. When you walked into an executives office what was not perceived was that they were professionals that had been around the entertainment most of there lives. The notion that everyone in that office thought the same way we thought about music was a big misconception. There were no give me a second chances after your meeting it was either you had it or you did not. The executives would give you this cold stare with no emotions due to them not exposing what they thought about you. You never knew what the the outcome was until after everything was said and done. Most of the times there were no responses only " We will give you a call " if they thought you were worth it.

The times have changed and we have a new formula that helps individuals independently become who they want to be. Does that mean that everyone will make it ? No.. Does it mean that I can't make it ? No.. It literally means that because we have social media and the power of communication it still applies to who has what it takes to entertain the world. There are still businesses and companies who are looking for the next big entertainer but before they make those choices, they want to know that their investment is made wisely. Mark has been that liaison between the two helping artist who want to prepare themselves for the music business. Marks work and music experience includes Motown Records in which he was signed to the music Mogul Michael Bivins label Biv-10 Records. Mark has ghost written for Bell Biv Devoe and has travelled on tour with them domestically. Being on tour has given Mark plenty of insight as to what being on tour is and what it takes to keep everyone safe. The best way to learn about the business is being on tour. That will really challenge you and show the industry as well as your fans what type of artist you are. Mark still indulges in music and still puts out his own releases independently, while studying the new way of doing business in the digital era of music. Mark has removed himself from the management aspect of the business and chooses to continue his music production independently. You can find Mark on his social media pages where you can listen to his new releases and how he has challenged the music business.
Mark Wilson