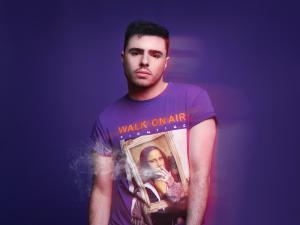 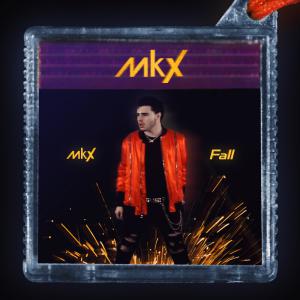 The global health crisis has confined him to blue-screen activity; nevertheless, he's made the most of it.

There is no force in popular culture more irresistible than a perfectly realized pop song. A great pop song will have you moving by the first chorus and singing along by the last. Good ones entertain you for three minutes; great ones keep playing in your head long after the music stops. They sound like they've always existed – and, in a way, they have.

But no matter how timeless and effortless they seem, they've got to be written and produced by a visionary artist. Boston's MkX is a musician like that, and "Fall," his latest single, is about as close to pop perfection as anybody has come this year. That's a big claim, but we wouldn't make it if we weren't sure that MkX has the beats to back it up. "Fall" is catchy, danceable, propulsive, innovative, instantly memorable, lustful, daring, witty, swaggering – everything we want in a synth-pop song. It's no outlier for MkX, whose prior productions have been streamed millions of times, but it's an ascent to a pinnacle that few artists ever reach.

His peers have noticed. Over the past few years, MkX has collaborated with some of the most exciting artists in electronic pop and beyond. Popstar Kim Petras is a co-writer. He's the soundscaper behind "Young & Wild" by the chart-topping K-pop group TWICE. Prior single "Down" featured the raunchy, outspoken, wildly-talented Chicago rapper CupcakKe, whose audacity matches his. They've all been drawn to his dizzying drops, his knack for engrossing electronic textures, his impeccable sense of rhythm, his unerring ear for harmony, and, above all, his marvelous way with a hook. With nothing more than a laptop, a microphone, and an audio suite, he's conjuring pure audio magic.

He's equally resourceful with a camera. The global health crisis has confined him to blue-screen activity; nevertheless, he's made the most of it. "Fall" is a wild hallucination, a crazy ride through a series of digital backdrops, a symphony of special effects, and an ideal showcase for an artist who has always demonstrated how much soul is lurking in the synthetic. MkX stalks the screens of a videogame, perches on a crystal throne, surfs on a lava flow, and, in the image that the video is destined to be known for, hangs from the ledge of a skyscraper as he sings. Then, his fingers loosen, and, still self-assured, he plummets into the digital ether.