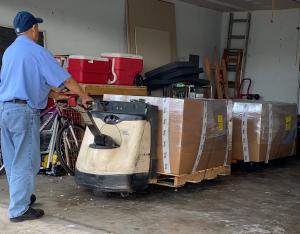 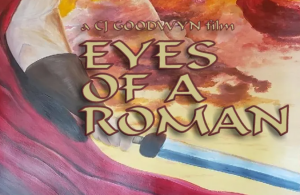 FORT WORTH, TEXAS, UNITED STATES, October 21, 2020 /EINPresswire.com/ — – Ultra low budget films are the backbone of the film industry, with many well-known auteurs and actors coming up through the ranks of the low budget film.

In the age of COVID, when films are slowly coming back after months of being on hold, and the film industry as a whole took a huge financial hit, from small budget films to blockbusters, it’s nice to see that there are still vendors who will support the dreams and goals of smaller films.

Eyes of a Roman is that such film. The film is about how a Roman soldier’s life changes in an instant as he struggles with an inner conflict of allegiance the day before the final battle between the armies of Spartacus and Marcus Crassus. Tandy Leather, a company out of Texas, graciously donated products to be used in the design and creation process of the wardrobe and costumes for the 70+ characters (including Roman soldiers, Barbarian warriors and slaves).

Susan Bohl shared the story of the film and the financial plight of the film-makers trying to bring such a great story to life, Tandy Leather wanted to help the film-makers bring this vision to fruition. Tandy Leather, a Texas based company since 1919, believes in giving back and helping others and graciously offered a Sponsor Partnership of the leather and leather goods required to costume the film’s cast.

Says Susan Bohl, the production designer for Eyes of a Roman: “With Tandy Leather’s help, the film and the filmmakers are much closer to reaching their goals of bringing a fantastic creative project to life. Tandy stepped up and showed their support and belief in the film, Eyes of a Roman, and in the entire cast and crew. We are incredibly thankful.”

The film, which currently has an IndieGogo campaign running, is now actively seeking professional leatherworker costume designers who are capable of working with Tandy’s products and wish to get involved as leather costume design partner sponsors of the film. The film is also seeking other sponsor partners of all other areas of production including sets/props, camera and electric equipment, catering and craft services, and comfort facilities, etc.