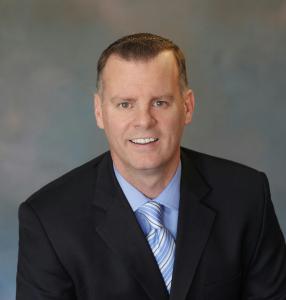 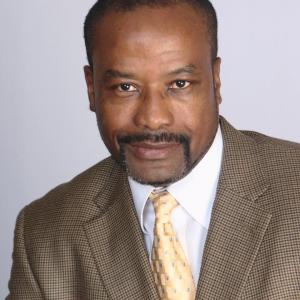 Clarence McAllister, a well-regarded engineer and business leader in Arizona, is the Chair of the Board of the La Paz Rare Earth Project. He is proud of the experienced and talented team involved in the project.

PHOENIX, AZ, USA, November 29, 2020 /EINPresswire.com/ — One of the many controversies surrounding US-Chinese relations involves Rare Earths Elements (REE): America's electric vehicles, renewable energy, 5Gtechnology, and defense industries need them, and China is threatening to restrict import of them. Few people know about a 10-year-old project–the La Paz Rare Earth Project–by the US company, Western Rare Earths (WRE), to develop a mine and processing facility in La Paz County in Arizona. The new WRE CEO Marty Weems says, "This is a unique opportunity to lessen US' dependence on China for critical minerals. These projects will onshore high-paying jobs to Americans and stabilize the national security tech supply chain with a dependable, domestic source of these constrained resources. The business case is driven by double-digit annual growth of EVs, wind turbines, fuel cell tech, and 5G."

The rare earths are a group of 17 elements composed of scandium, yttrium, and the lanthanides. Their notoriety, applications, and need are growing with the increasing importance of alternative energy sources and uses, such as electric vehicle motors, wind turbines, magnets, fuel cells, lightweight aluminum, and smartphones. Notably, just to meet the production projections of electric vehicle manufacturers, the REE mining industry would have to double production by 2030. Adding the international demand (e.g., UK Prime Minister wants wind turbines to power every home there by 2030) makes the Arizona project more invaluable.

WRE has mining claim control with positive sample results distributed over more than 5100 acres a couple of hours northwest of Phoenix, with 218 unpatented lode claims, and a State exploration permit for 640 acres; the maiden REE resource only occupies 525 acres. What makes the La Paz Project unique in the mining industry, more bi-partisan in its support, and different from other potential North American sources, is that this deposit has negligible amounts of radioactive material. Others can be more than 30X more radioactive; thus the La Paz project will avoid many of the associated challenges. The goal of WRE is for La Paz to become the first carbon-negative mine in North America, thereby, greening the supply chain of green tech. Finally, the presence of high value Scandium could be a difference maker in project economics.

The Project is in a designated Opportunity Zone and qualifies for New Markets Tax Credits. American Rare Earths Limited (ARR) is an ASX-traded (Australia) exploration and development company, focused on strategic technology mineral resources. Western Rare Earths is the US subsidiary. Project inquiries and expressions of interest may be directed to info@westernrareearths.com.

In addition to Weems, who became CEO in July 2020, a world-class technical team and diverse leadership group has been assembled. Clarence McAllister, the US-based Chairman of the La Paz Rare Earth Project and a WRE board member, adds “The leadership and engagement of the Board of Directors is starting to bear fruit. We will be collaborating with governments, universities, scientific and environmental organizations, communities, and other stakeholders to advance development of these constrained critical minerals.”