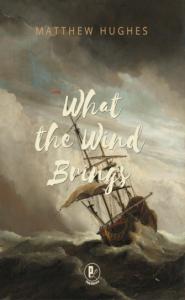 What The Wind Brings Book Cover 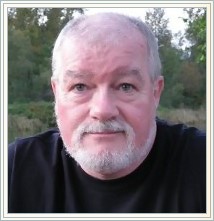 VICTORIA, BRITISH COLUMBIA, CANADA, December 2, 2020 /EINPresswire.com/ — Victoria Author Matthew (Matt) Hughes has won the Endeavour Award, sponsored by Oregon’s annual science fiction convention, OryCon. The award, consisting of a decorative glass plaque and a cheque for US$1,000 has been given annually since 1999 for “a distinguished science fiction or fantasy book written by a Pacific Northwest author or authors and published in the previous year.”

Hughes won for What the Wind Brings, a historical novel with magical realism elements published by Pulp Literature Press, of Langley, BC. The novel is based on real persons and events that began when shipwrecked African slaves melded with indigenous peoples of sixteenth-century Ecuador, and together they outfought and out-thought the Spanish conquistadors who plotted to subdue them.

Hughes waited more than forty years to write the novel, after first learning of the shipwreck in a footnote to a university textbook back in 1971.

This year, the judges awarded two prizes: one to What the Wind Brings, the other to The Witch's Kind by Louisa Morgan.

It was Hughes’s third time as an Endeavour finalist, and the first time that the award has gone to a Canadian author. Previous winners have been well-known speculative fiction authors resident in the Pacific Northwest states, including the late Ursula K. Le Guin, Greg Bear, Robin Hobb, John Varley, and Kristine Kathryn Rusch.
The award is named for the Royal Navy barkentine, Endeavour, in which Captain James Cook explored the Pacific Northwest.

About the book:
Out of the fires of Caribbean revolution, shipwrecked onto the jungle shore of Ecuador, a slave, a captive, and a shaman fight Inquisition-era Spain for freedom.

Synopsis
What the Wind Brings is a Spartacus story, set in the mysterious, deadly rainforests of 16th Century Ecuador. Against all odds, a reluctant young hero rises to lead fellow escaped slaves and indigenous tribes against the might of the Spanish throne to create a new country. Matthew Hughes’s outstanding tale unites the beauty of The Mission with a stirring clash of swords, suspense, mysticism, and epic battle strategy.
“A triumph!” – Cecelia Holland
“Sensational” – Candas Jane Dorsey

Hughes is the author of 23 published novels of science fiction, fantasy, and crime fiction, and has made more than 90 sales of shorter fiction to magazines and anthologies. George R.R. Martin has called him “criminally underrated,” and Canadian SF superstar Robert J. Sawyer has named him “the best-kept secret in science fiction.”

Earlier this year, he was inducted into the Canadian Science Fiction and Fantasy Association’s Hall of Fame.

Before turning to fiction, Hughes was well known in the BC political and corporate communities as a freelance speechwriter. More information can be found about Matthew at: http://www.matthewhughes.org

Matthew is available for interviews, media appearances, speaking engagements, and/or book review requests. Please contact mickey.creativeedge@gmail.com by email or by phone at 403.464.6925.