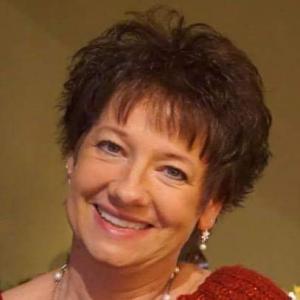 One survivor of foodborne illness is Mary of Dayton, MN, who contracted a Campylobacter infection in 1980 from eating undercooked chicken served at a restaurant. Mary was only 16 when she fell ill, and due to severe cramping and diarrhea was unable to keep any food in. Soon, she began to lose significant weight. Her doctors failed to offer a diagnosis, so her older sister, a laboratory manager, took matters into her own hands and collected samples from which the cause of Mary’s affliction was determined to be Campylobacteriosis.

Mary’s road to recovery lingers as she continues to endure long-term mobility consequences she believes are directly related to her bout with foodborne illness. Today, Mary has been diagnosed with Multiple Sclerosis (MS) and Lyme Disease, chronic diseases of the central nervous system, and her ongoing battles with both she believes, could be a direct result of her battle with Campylobacter. Guillain-Barré syndrome (GBS) is an auto-immune condition similar to MS and Lyme Disease, in which the immune system attacks the nerves. GBS is a known side-effect of Campylobacteriosis; one in every one thousand patients diagnosed with a Campylobacter infection also develops Guillain-Barré syndrome.

In a large study spanning the years 2002 through 2007 and involving 6,100 samples, researchers discovered that 49.9% of chicken breasts were found contaminated with Campylobacter. The Centers for Disease Control and Prevention estimates Campylobacter infection affects 1.5 million U.S. residents every year.

STOP, CSPI, CFA, and Consumer Reports want to see an intervention at the poultry processors’ doors, thereby preventing infected flocks from ever entering the facility. According to Mitzi Baum, “Though the USDA’s Food Safety and Inspection Service (FSIS) ‘Roadmap’ is meant to decrease foodborne pathogens in meat, poultry, and egg products, the current performance guidelines allow harmful pathogens through the front door. The ‘Roadmap’ is reactive instead of proactive, as it incentivizes the use of chemical interventions (i.e., dips, baths, and sprays) rather than setting enforceable performance standards.”

According to the FSIS Roadmap, meat and poultry processing establishments need more than just a gentle nudge in the right direction. It is not enough to only “encourage establishments to take action to reduce [foodborne pathogens] in their products.” There must be enforced action and significant changes in current regulatory practices as lives are at stake. That is why consumer groups have filed a petition calling upon FSIS to:

• Focus on the prevention of harmful foodborne pathogens present in poultry.

Foodborne illnesses caused by pathogens such as Campylobacter are avoidable with enforceable preventative measures in place. The FSIS has an opportunity to effect a significant, lasting proactive control measure in the battle against harmful bacterial contamination in our country’s meat and poultry supply.

Stop Foodborne Illness advocates for proactive safeguards and stands with individuals like Mary whose quality of life has been permanently altered—or lost—because of food poisoning.

Stop Foodborne Illness is a national nonprofit public health organization whose mission is to support and engage people directly impacted by foodborne illness and mobilize them to help prevent illness and death by driving change through advocacy, collaboration and innovation. https://stopfoodborneillness.org/ ###