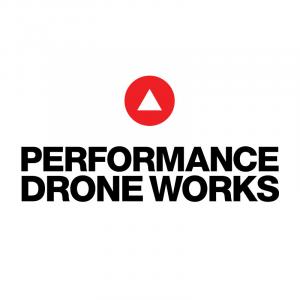 HUNTSVILLE, AL, USA, March 2, 2021 /EINPresswire.com/ — Performance Drone Works today announced that Jim Menne has joined Performance Drone Works as Chief Engineer. Mr. Menne joins Performance Drone Works from General Atomics Aeronautical Systems Inc. where he served as their Huntsville based Engineering Manager. During his time with GA-ASI, he served in several roles within the organization to include leading the GPS Denied and Vison Navigation programs for the US Army’s Gray Eagle program, leading the design and integration of the MQ-9 and MQ-1C Weapons Systems and served the UAS Interoperability Lead for MQ-1C.

“We are incredibly pleased to bring an engineer of Jim’s capability and experience into the fold at PDW. Jim’s extensive technical expertise working as a UAS engineer will translate well into the advancement of our product lines as we head towards product release later this year. Plus, Jim is a natural leader. We are very excited to give some of our younger engineers’ access to a mentor of Jim’s caliber,” said Patrick Laney, Chief Executive Officer and Co-Founder.

Jim brings nearly two decades of UAS engineering experience to PDW. A graduate of Bradley University, prior to General Atomics, Jim spent over 6 years working for Caterpillar Inc. as a Project Engineer.

About Performance Drone Works
Performance Drone Works has a legacy born out of a startup. Emerging from a unique position in professional drone racing, PDW was founded to answer the continual inbound requests for small, high-performance, military grade quadcopters specifically tailored to the warfighter. The heritage of speed and agility remains vital while the addition of advanced ISR capabilities and autonomous features reduces the workload on the warfighter and is a clear point of emphasis.

PDW is growing rapidly with headquarters located in Huntsville, AL. PDW’s first two products (SPARO 20 and SPARO 90) are set to launch in the second half of 2021 with a strong focus on meaningful, operationalized autonomy and A.I. powered ISR that extends the capabilities of our customers.