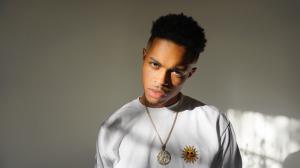 A multi-genre talent, SAMBO is making a name for himself in the riveting world of Hip Hop and New Age music, as he releases a string of moving and honest single

NEW ORLEANS, LOUISIANA, UNITED STATES, May 18, 2021 /EINPresswire.com/ — Up-and-coming singer and songwriter SAMBO is a true sensation when it comes to Hardcore Hip Hop and New Age music. Stunning listeners with a unique vocal style and production, the artist is driven to send waves across the genres, capturing their spirit in his own inimitable ways.

With the release of his new single titled “Many Men”, the growing sensation showcases all the enriching and captivating tastes that he has to offer. Having released on May 9th, 2021, the single has been produced by up-and-coming New Orleans producer, OGMuchee. Infused with elements that are rooted in 50 Cent’s “Many Men” and inspired by the icon’s unique musical productions, SAMBO’s music is one to watch out for.

Dominated by a memorable and dynamic musical vibe, SAMBO’s singles range from Trap, Hardcore and other lyrical elements that set him apart from mainstream Hip-Hop artists. With each new single, the artist surprises, while continuing his musical journey. Rooted within a goal to stay consistent with his passion, he intends to break into the industry with the single “Many Men”.

With music acting as a gateway for him, SAMBO has continued to grow and evolve, forming a sound which is mainly hardcore and raw, immersed with lyricism that is painfully real and vivid. With his inimitable compositions, the talented artist succeeds in painting an image of what goes on in the city, motivated by diligent hard work.

Check out SAMBO’s new music and learn more about him on the links below and/or reach out via the contact information for interviews, collaborations, or promotional access.

Budding singer and songwriter SAMBO, also known as Chikki Kush, is an independent artist from New Orleans, Louisiana who hails from Baton Rouge, Louisiana. Growing up and having a range of unique experiences in two major cities in Louisiana, SAMBO represents a mixture of different sounds and different cultures in his musical compositions. Throughout his life, the rising artist has been heavily influenced by a variety of Southern music icons such as The Hot Boys, Soulja Slim, Lil Boosie, UGK, and Three 6 Mafia, among others.

While growing up, SAMBO faced numerous life-altering experiences which encouraged him to use music as a channel of self-expression. Finding music as a way to voice out his inner thoughts and motives, SAMBO has continued to use it as a conduit for sharing things he found difficult to talk about with even his close friends. His future plans include staying independent, expanding his fan base and becoming an inspiration who paves the way for independent artists coming after him.