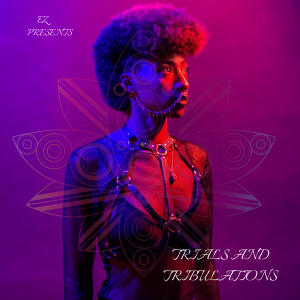 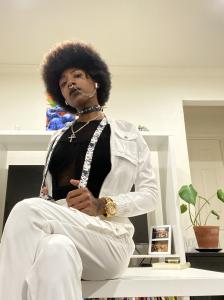 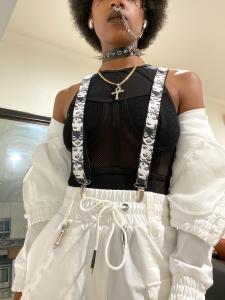 With a style all her own, Eternal Zion (EZ) is being widely acclaimed by both critics and fans alike.

OAKLAND, CALIFORNIA, UNITED STATES, May 18, 2021 /EINPresswire.com/ — Much to the delight of her fans, independent artist EZ has announced she will be releasing a new album called ‘Trials and Tribulations,’ on 6/4/21. As a studio engineer as well as a singer, EZ has a unique way of programming healing frequencies into her music to help uplift people and help them to manifest their dreams.

"I'm really excited to drop my next project,” says EZ. “I will be creating three videos for three songs on the album that are all sequential and spiritually conceptual in nature. I know many people will feel connected to these videos.”

The artist adds that she believes in making a difference by using her talents and knowledge to help others navigate their path in life.
“Music is supposed to inspire, and it’s how we can heal ourselves on a massive scale. This is what God has sent me here to do, help others evolve through love and selfless acts."

EZ has performed over 25 local shows in the Bay area, and has performed with D'Wayne Wiggins at Mindseed Studios. D'Wayne Wiggins has helped develop the early careers of Beyonce, Kehlani, Keyshia Cole, and Alicia Keys, among many others. EZ also performed at a show hosted by Mistah Fab.
Born and raised in Oakland, California, EZ started rapping when she was just 13 years old. Her older sister Amina Harris has also become well established in the industry, having been featured on the hit song ‘Shoulda Let You Go’ by Keyshia Cole in 2007. EZ won first place in a Coast to Coast live contest after performing her single ‘On a Rocket.’

Renowned for her entertaining and crowd-pleasing performances, EZ has so far released five albums since 2019, including ‘Food for Thought,’ ‘Relationship Goals,’ ‘Transcendence,’ ‘This is a Mockery,’ with her latest album ‘Trials and Tribulations’ coming up for release in June. Her singles include ‘Freedom,’ ‘Check,’ and ‘On a Rocket.’

EZ’s music is available for sale on her artist website at https://www.imakeitlooksoez.com. Her music can also be streamed on Spotify.